for a solid future

manage the changing face of life 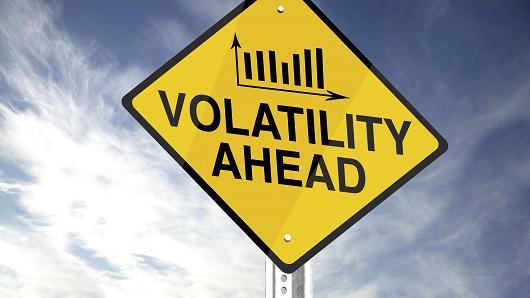 This time of year can seem quiet, with summer vacations and back to school behind us, but the buzz of the holiday season still a few weeks away. Although this sense of calm may be a welcomed break, there is plenty of activity in the U.S. and around the globe that could impact markets through the end of the year.

Potential policy changes in the U.S. continue to garner attention, as Republicans in Congress work toward tax reform with an aggressive goal of getting a package on the president’s desk by New Year’s. Although success is far from assured, progress has been made toward securing a 2018 budget resolution in the House and Senate in order to pave the way for tax reform via the reconciliation process, which enables passage with only 50 votes in the Senate, rather than 60.

Should Congress pass a budget resolution, several factors increase the odds of a successful tax deal. Republicans are seeking a signature win after unsuccessful attempts at healthcare reform, and there is general agreement across the party that tax reform is needed. In addition, there are a large number of elements of the tax code that present negotiation opportunities to secure the toughest votes. Markets have exhibited sensitivity to tax reform’s prospects, so we will be watching progress closely.

Third quarter earnings season is also underway and we expect solid results relative to expectations, given the strong recent manufacturing data and resilience of analysts’ estimates over the past month. Although earnings growth for S&P 500 Index companies is expected to slow in the third quarter from the double-digit pace in the second quarter, mid-single-digit earnings growth would be a good outcome considering insurers’ losses from Hurricanes Harvey and Irma and disruptions to economic activity in Houston and the Florida coast. Expectations are for particularly strong results for the energy and technology sectors.

Global central banks remain a focus for investors as well, and the calendar from late October into early November is jam packed with central bank meetings. No significant changes are expected from the Federal Reserve (Fed); however, the next Fed chair is expected to be announced on November 3, prior to the anticipated rate hike in December. Some of the candidates are more hawkish than others, suggesting that the news could easily be market moving. Regardless, further rate increases—even if gradual—and tightening labor markets are likely to put some upward pressure on inflation and interest rates in coming months and perhaps provide support for the U.S. dollar.

Along with the Fed, the European Central Bank (ECB), the Bank of Japan, and the Bank of England (BOE) will all meet over that same one-week stretch (October 26 through November 2)—putting global monetary policy front and center. We may get more guidance on the ECB’s plans to taper its bond purchases, while the BOE will likely respond to the latest pickup in inflation in the U.K. There is some risk for markets as global monetary conditions tighten and the global economy increasingly stands on its own, so this will be a key development to watch over the next several months and throughout 2018.

While it has been a relatively quiet year for markets, with no major pullbacks in the broad stock market, it remains important to monitor events around the globe that could be catalysts for change. In the midst of the fourth quarter, and with the busy holiday season approaching, let’s remain mindful of these developments without letting them distract us from our long-term goals.

The opinions voiced in this material are for general information only and are not intended to provide specific advice or recommendations for any individual security. To determine which investment(s) may be appropriate for you, consult your financial advisor prior to investing. All performance referenced is historical and is no guarantee of future results. Indexes are unmanaged and cannot be invested into directly. Economic forecasts set forth may not develop as predicted.

Investing in stock includes numerous specific risks including: the fluctuation of dividend, loss of principal and potential illiquidity of the investment in a falling market.

The S&P 500 Index is a capitalization-weighted index of 500 stocks designed to measure performance of the broad domestic economy through changes in the aggregate market value of 500 stocks representing all major industries.

This research material has been prepared by LPL Financial LLC.